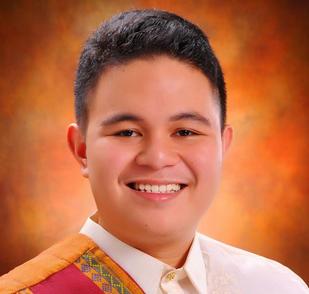 WHEN A CHILD IS BORN - SATB a cappella - Zacar & Fred Jay

He has also collaborated with 22 Tango Records, an independent record label based in Cebu, and has arranged vocals for some of its artists, namely Cattski Espina, Lourdes Maglinte, Wonggoys, Mary Anchit, Vincent Eco, Jericho Streegan, Diane Tungol, and J Russ, for a project entitled "Move Love."Type your paragraph here.

Jude is a proud Cebuano choral arranger and composer. He is a graduate of Bachelor of Science in Biology from the University of the Philippines Cebu. With no formal training in music, he developed his deep love and passion for choral arranging while singing with the UP Serenata, the official choral group of UP Cebu. He also harnessed his talents when he trained under two of the most esteemed choral arrangers in the country, Robert Delgado and Ily Matthew Maniano.

His choral works range from serious religious hymns, such as "Make Me A Channel of Your Peace" and "Salamat Maria,"
to arrangements of swoony love songs, such as "Through the Years," and quirky novelty classics, such as "Ang Tigulang." With the encouragement of his conductor, Dr. Catherine Rodel, he arranged some of the most notable Visayan classics, namely "Paglaum" and "Matud Mo." His choral influences include the Philippine Madrigal Singers, Ateneo Chamber Singers, National Artist for Music Ryan Cayabyab, Mark Anthony Carpio, Christopher Borela, Eric Whitacre, Moses Hogan, and Saunder Choi. He is also a big fan of Irish pop band, Westlife, and American a cappella group, Pentatonix.Type your paragraph here.