In his golden years, one could say that Rommel S. Ynion — former journalist, one-time politician, and farmer-entrepreneur — has already seen this, been there, done that. He has handled copy for legendary columnist and editor Max Soliven, published his own newspaper, travelled the world, hobnobbed with the rich and filthy rich.

While spending a European vacation a year ago with his kids, daughter Kirsten asked Daddy to sing, took a video, and posted it on facebook. It surprised and delighted many. From that moment onward, RSY took to music like a man possessed. He morphed into a virtual karaoke machine tirelessly belting out an eclectic mix of songs.

Typical of Ynion, knowing he could carry a tune well isn’t good enough. He hired a voice coach and tapped a nephew who sings professionally to get in step with his musical journey. A week without seeing any improvement in his voice isn’t good enough. It became a journey with excellence as its goal.

When the pandemic came, RSY harnessed a band of unemployed musicians and began recording songs under the label Above and A Bob. Not a few of their songs – mostly covers – have gone viral on facebook. RSY’s version of Who Am I by Casting Crowns, for example, has gotten 265,000 views, 10,000 likes, and 2,600 shares while Bakit Labis Kitang Mahal generated 190,000 views from over 1,000 shares. 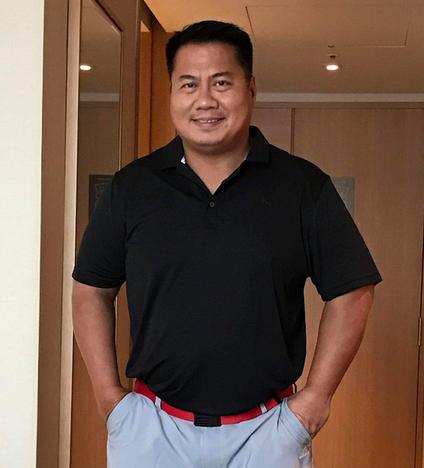